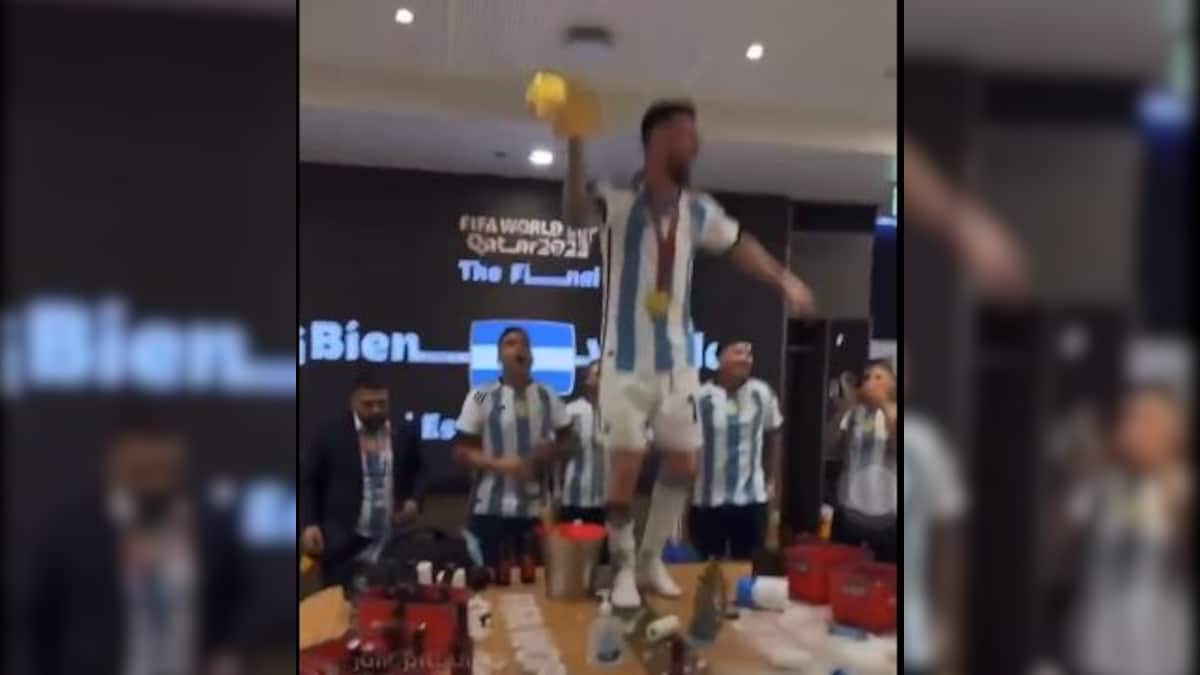 Lionel Messi led Argentina from the front in a tense final against defending champions France to help his country win the FIFA World Cup title for the third time. Messi scored twice in the final and even converted his penalty in the shootout to help his team get the better of the Les Bleus, who refused to bow out despite going down 0-2 in the first half. Kylian Mbappe became the second player ever to score a hat-trick in a World Cup final and scored in the penalty shootout too, but failed to stop Messi from attaining immortality by winning his first World Cup.

After the victory Messi was overjoyed and celebrated with his teammates. One video that has gone viral is of Messi dancing with the World Cup trophy on a table inside the dressing room. ESPNFC, who posted the video on twitter credited Messi’s teammate Nicolas Otamendi for the video.

LIONEL MESSI JUMPING ON THE TABLE IN THE DRESSING ROOM 😂

Messi ended the tournament with 7 goals, one behind Mbappe who netted 8 for France. He shattered the record for most World Cup appearances with his 26th on Sunday night and now has 13 goals in World Cup history.

He was also awarded the Golden Ball, given to the ‘Player of the Tournament’ and thus became the first player to achieve it, having also won the award in 2014 when Argentina lost to Germany in the final.