“To Be Treated Like That…”: Chris Gayle On Punjab Kings’ Treatment Of Mayank Agarwal #news 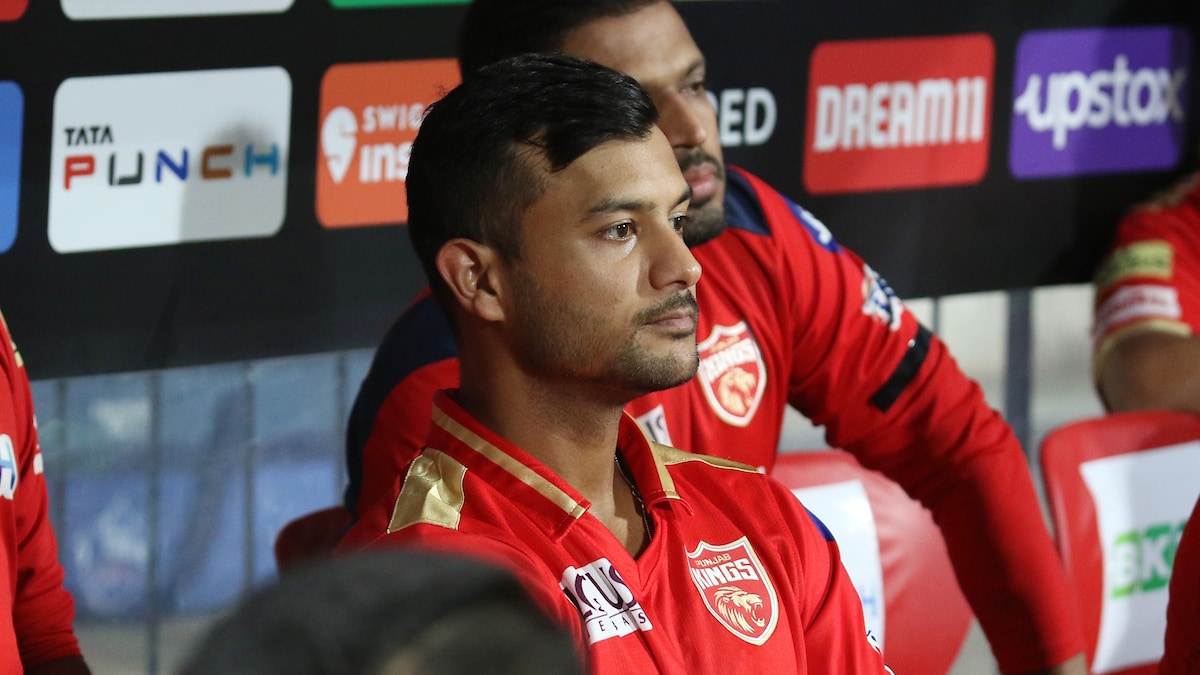 One of the greatest T20 players of all time Chris Gayle was left “disappointed” in the manner his former Punjab Kings got rid of its last year’s captain Mayank Agarwal, commenting that the franchise has a tendency to chop and change at “ridiculous levels”. Mayank, who had sacrificed his opening position to accommodate Jonny Bairstow at the top alongside Shikhar Dhawan midway into the IPL, was released by Punjab Kings ahead of the IPL auction.

Mayank, who had been a consistent performer for the team, couldn’t live up to the expectations last season as he scored just 196 runs in 13 games.

Eventually, Punjab finished sixth for the fourth straight season highlighting their inconsistency. They are yet to win the IPL title as well, having reached final only once in 2014.

Speaking to PTI, Gayle said Agarwal was not treated properly by the franchise and expects a big payday for him at the auction on Friday.

“Mayank will definitely get picked. I would be very disappointed if he doesn’t. Because he is such an explosive player.

“He has probably hurt within himself at not being retained by Punjab after what he sacrificed for the franchise and to be treated like that is disappointing but I hope teams still believe in him and give him good money. He is a fantastic team man as well,” said Gayle in an interaction arranged by Jio Cinema ahead of IPL auctions.

Punjab is among the host of IPL teams the 43-year-old Gayle has played for. He has started with KKR while best years were with RCB and then also represented Punjab Kings.

Gayle said an unsettled playing eleven has contributed to Punjab’s inconsistency over the years.

“They chop and change man, it is ridiculous. You keep chopping and changing, they never have a set eleven whether you win a match. Sometimes they would go with the same team but so often players don’t feel comfortable (with too much changes) “When they do get a chance and IPL is already pressure, so (with that sort of approach) you end putting more excessive pressure and with that you won’t see them flourishing within the game.”

“I don’t know why they are calling those names just give me the money man (laughs),” said Gayle in his inimitable style.

“I am going be pick Sam (out of all). He is young and IPL tends to look to the future and you have to look at availability. He has had a good run of late. Stokes played well in the World Cup final.

“It is a possibility there will be some record breaking deal tomorrow. Don’t be surprised if someone goes over the 16 or 17 crore barrier.” He would also like to see more consistency from Stokes in the IPL.

“Regardless of his leadership abilities, he brings a lot to the table,” said the West Indian.

On his playing future, Gayle said he plans to play in a few tournaments in 2023.

“I am still active, fresh, good looking, I have the best body in the world. My playing future will always look bright till I am 50 (laughs). I am on a break but would look to play in a few tournaments next year.” .Gayle said IPL owes a lot his longtime West Indies teammates Kieron Pollard and Dwayne Bravo, who will seen in a coaching role this IPL.

“They are two legends of the IPL, they wil be missed a lot. They helped the IPL become what it is today. You got to give them credit, those two guys won so many championships.

“It is going to leave a gap in the IPL without a doubt. Those guys are proper entertainers.

“Andre Russell can be that man to carry on the West Indies legacy in the IPL. Hopefully we can see the real Nicholas Pooran. he hasnt delivered in the IPL as per expectations from teams and fans. He has been very explosive in other tournaments but we want to see that on the big stage,” added Gayle. The IPL auctions will be streamed live on Jio Cinema.

(Except for the headline, this story has not been edited by NDTV staff and is published from a syndicated feed.)