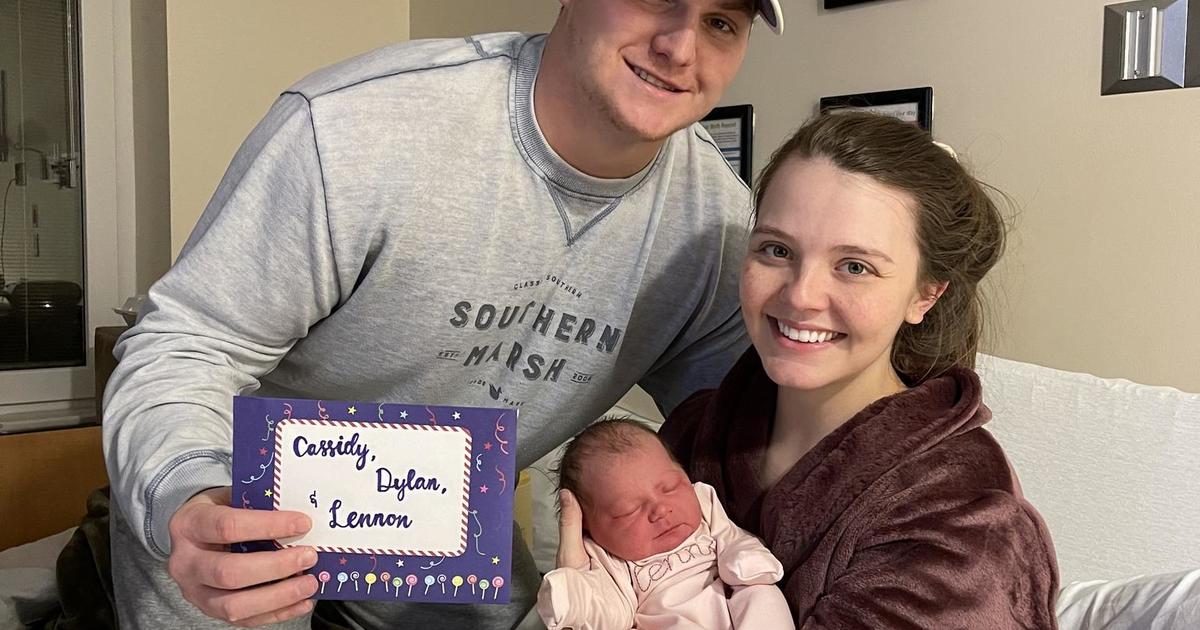 Cassidy and Dylan Scott, a married couple from Huntsville, Alabama, just happen to have the same birthday. This week, they welcomed their first baby – on their birthday.

For the couple to have their baby on their birthday is a one in 133,000 chance, according to Huntsville Hospital for Women and children, which shared the family’s story on Facebook.

To celebrate their birthdays, here are more fun stats about babies and birthdays.

While this phenomenon is rare, in 2017, another couple who shared a birthday also welcomed a baby on the same day – and it happened to be Dec. 18, just like the Scotts. Luke and Hillary Gardner of Baldwyn, Mississippi, welcomed their son Cade Lee Gardner, 27 years after they were born.

The family’s birthday, Dec. 18, is actually a common one – ranking No. 56 out of all days, according to reporter and data journalist Matt Stiles, who compiles data stories for his blog, the Daily Viz. Stiles compiled birth data – the average daily births each day – from 1994 to 2014.

Stiles emphasized that there isn’t much of a difference between average birth rates for most days. Sept. 9 averaged 12,301 births, but the median births per day is 11,000. Christmas Day averaged 6,574 births and New Year’s Day averaged 7,792 births.

Some notable celebrities share a birthday with Cassidy, Dylan and Lennon. They include Billie Eilish, Brad Pitt, Sia, Christina Aguilera, Stephen Spielberg, Katie Holmes and Stone Cold Steve Austin, who were all born on Dec. 18.

Caitlin O’Kane is a digital content producer covering trending stories for CBS News and its good news brand, The Uplift.