Suspect confesses to accepting $8,000 in murder of prosecutor shot dead on beach while on honeymoon, Venezuela officials say #news 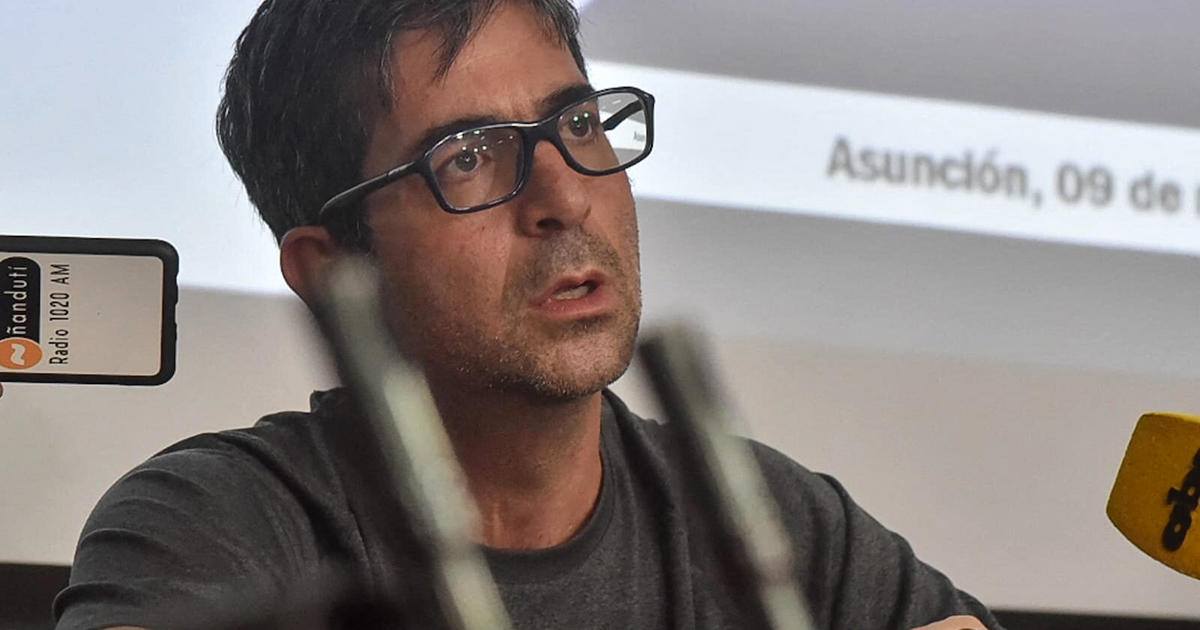 A suspect in the murder of a Paraguayan anti-drug prosecutor shot dead while honeymooning on a Caribbean island has confessed to accepting $8,000 for the execution-style killing, Venezuela said Thursday.

Venezuela’s Interior Minister Remigio Ceballos shared a video with journalists in which Gabriel Carlos Luis Salinas Mendoza, a Venezuelan citizen arrested in Caracas on Tuesday, appears to confess to his part in the killing of Marcelo Pecci.

“We rented a jet ski, we went to Baru beach (in Colombia) and we executed” the crime, Salinas, one of two alleged hitmen, is seen telling interrogators.

Afterwards, “I got $8,000 and came to Venezuela” across the border.

Pecci, 45, was felled by two shots while relaxing on an idyllic island beach with his wife, Paraguayan journalist Claudia Aguilera in May.

The couple got married on April 30 in the nearby city of Cartagena.

Just two hours before the attack, Aguilera had posted a picture on her Instagram account announcing that they were expecting a baby, the BBC reported. Aguilera has recounted that two men arrived on the beach on a jet ski or small boat. One approached Pecci, and “without a word,” shot him twice.

Salinas is accused of having driven the jet ski.

He states in the video that he was acting for a man named Francisco Correa, known as “El Monin.”

Ceballos said Salinas would be tried in Venezuela, where the law prohibits extradition to other countries.

The investigation has yet to identify the masterminds behind the crime. Last month, the U.S. State Department offered a reward of $5 million for information “leading to the arrests and/or convictions of the as yet unknown individuals who conspired or attempted to participate” in the assassination.

Four others have been sentenced in Colombia to over 23 years in jail earlier this year for their involvement in Pecci’s murder, Reuters reported.

At the time of his murder, Paraguay Attorney General Sandra Quinonez said Pecci had obtained important convictions in an 11-year campaign against cross-border and drug crime.

Pecci had bodyguards in Paraguay, but he did not have any protection while on his honeymoon in Colombia, the BBC reported.

Colombia, the world’s largest cocaine producer, is contending with a wave of violence despite a 2016 peace deal that disarmed the FARC guerrilla group and ended a near six-decade civil conflict.

Fighting over territory and resources continues in parts of the country between dissident FARC guerrillas, the ELN rebel group, paramilitary forces and drug cartels, particularly in areas bordering on Venezuela.

For its part, landlocked Paraguay — nestled between Brazil, Bolivia and Argentina — has become an important launchpad for drugs headed for Europe.

Paraguay and Colombia have recently strengthened cooperation in the fight against organized and cross-border crime.

In June, the New York City Bar Association put out a statement denouncing Pecci’s “untimely death at the hands of assassins for no apparent reason other than that he excelled at his job.”