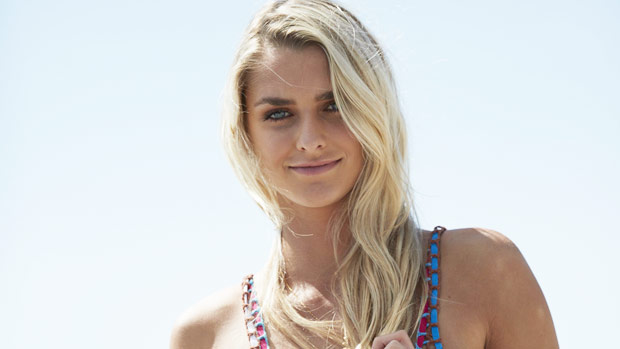 The end of Kelsey Owens’ journey on Siesta Key: Miami Moves played out during the Dec. 22 episode. Kelsey bought a new home with her boyfriend, Max, during the episode, and came to the realization that she was ready to move on from the show. With the rest of the cast relocating to Miami for the newest season, Kelsey knew her life was going in a different direction, and she broke down in tears as she shared her decision with Madisson Hausburg during a night out at the club.

“I’ve just been thinking more and more,” Kelsea admitted. “I love this group so much, but with all the big decisions [Max and I] did make, I was like…what’s another one? I decided, I think I’m done with the show. I’m scared s***less, but I know it’s time.” Madisson commended Kelsey for coming to the decision and knowing it was the right time to move onto the next chapter in her life.

“It’s been amazing and I’ve grown up on it, but…” Kelsey said, trailing off. She then continued, “I’m so freakin’ excited to be in a home with my boyfriend, hopefully fiance soon, start a family. I’m ready to move forward from all this, truly. I’m ready.” Kelsey wiped away her tears as she announced the news. “I’m ready,” she confirmed. “I think this weekend really made me realize that it’s time. As hard as it might be, it’s time.” There was also a montage of some of Kelsey’s most memorable moments on the show that played in the midst of her final scene.

Back in August, Kelsey announced on Instagram that her time on the show had come to an end. However, she did not appear to leave on good terms. “Last night I was walking into a scene at a freaking strip club of all places and was informed that I will be cut moving forward on Siesta Key with absolutely no warning,” Kelsey wrote. “It’s mind blowing and truly disgusting that after working on a show since I was 19 years old, where I’ve shared things about my personal life that I wasn’t always comfortable with, revolved my whole life around, and put so much effort into could come to an end in such a disrespectful manner and so abrupt. Not even a simple, ‘thank you for sharing the past 5 years of your life with us.’ I cried my eyes out and then wiped those tears and filmed my last scene the best I could with my head held high.”

In October, HollywoodLife spoke EXCLUSIVELY with Juliette Porter, who clarified some things about Kelsey’s exit, though. Juliette left Kelsey a supportive comment on her Instagram post about exiting the show, but explained that her on/off friend wasn’t as blindsided as she made it seem. “This is a job,” Juliette explained. “We signed contracts and we sign on for a certain amount of episodes. She was signed on for a certain amount of episodes and she had finished that cycle. She had known what she was getting into.”