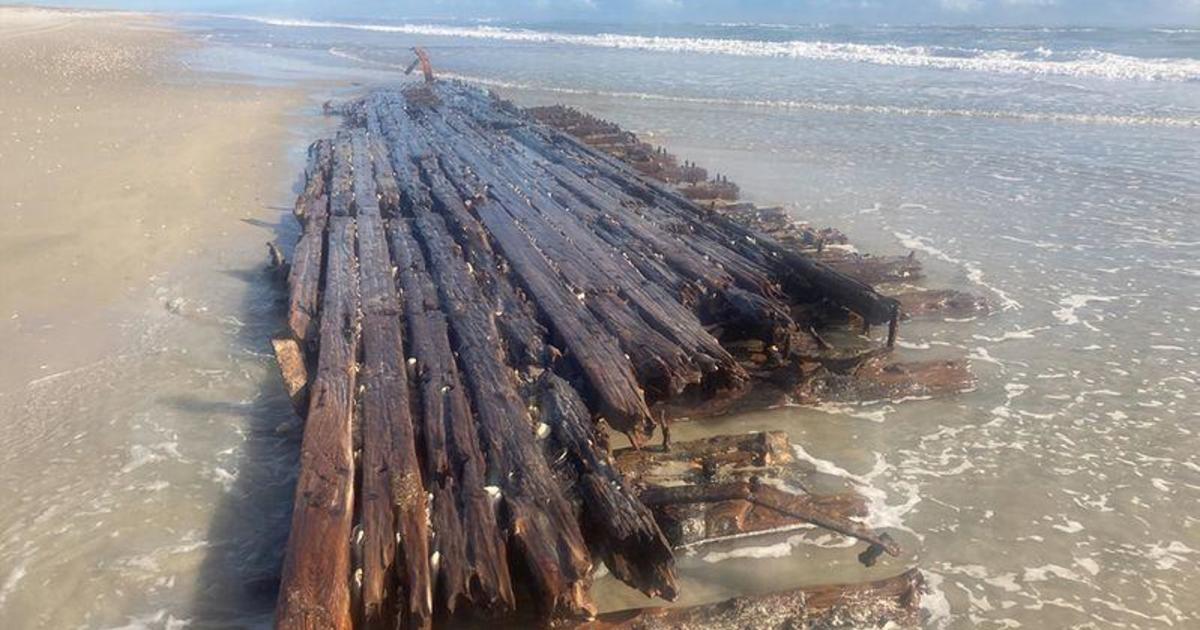 A mystery has resurfaced on North Carolina’s Outer Banks, as waves continue to expose more of a shipwreck that defies easy identification. The hull — held together by nails and rusty strips of iron — appeared over the summer on Cape Lookout National Seashore, according to the National Park Service.

“It shows up every so often on South Core Banks about 6 miles up beach from the lighthouse,” park officials wrote Dec. 7.

However, the identity of the “shipwreck skeleton” is vague, even to experts. That has given rise to an ongoing social media debate — more than 2,000 reactions and comments so far — as nautical history buffs offer theories on the ship’s history and guesses as to what pieces have survived the decades.

More than a half dozen possibilities have been offered, including multiple claims it’s the Olive Thurlow, which went down during a storm in 1902. However, the National Park Service says it’s definitely not the Thurlow, which is “underwater near the connection of Barden’s Inlet.”

North Carolina’s coastline — known as the Graveyard of the Atlantic — is home to thousands of shipwrecks, many of which have been identified, profiled and mapped by historians.

As a result, the North Carolina Maritime Museum in Beaufort believes it may have an answer to the riddle.

“Shipwrecks that ended up right on the beach many years ago eventually were torn apart and sanded over,” the museum posted Dec. 7 on Facebook. “We are not exactly sure which one this is, but currently leaning toward the schooner Joseph Rudd, wrecked on the shoals March 22, 1890 but drifted on to the beach by the next morning to a spot about 4 miles north of the lighthouse.”

The three-masted Rudd was loaded with lumber and headed for New York City when it floundered in “very heavy and dangerous” conditions. All seven aboard were saved, but the ship was beyond help, according to North Carolina Shipwrecks.

“Her port side was stove, the sails (excepting foresail and jib) were blown away, deck load and after house washed off, and the foremast had settled,” the site reports.

One of North Carolina’s most famous shipwrecks — the Civil War ironclad USS Monitor — remains in “an excellent state of preservation” despite sinking in 1862, officials said earlier this year. Sixteen U.S. sailors were lost in the sinking, historians say.