Selena Gomez Looks Back At Her ‘Beauty Disaster’ At 2018’s Met Gala: ‘I Had To Get Out Of There’ #news 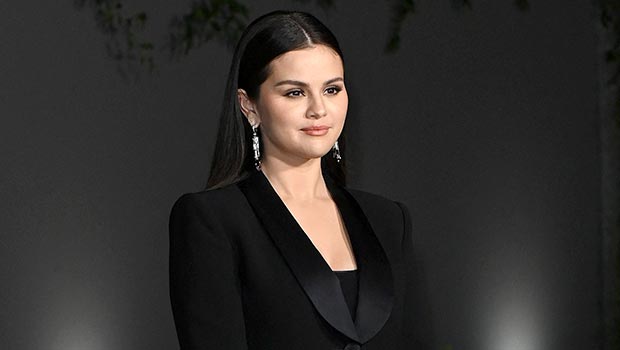 As the founder of her own cosmetics brand (Rare Beauty), Selena Gomez certainly has been aware of her own “beauty disasters,” which she dished about in a new Glamour interview. The Only Murders in the Building star recalled the time she was invited to the 2018 Met Gala, whose theme that year was “Heavenly Bodies: Fashion and the Catholic Imagination,” and found herself wishing she hadn’t faked a tan.

“While I was getting ready for the Met Gala a few years ago, we put on a bit of tanning lotion and it looked beautiful – but as the night went on it kept getting darker and darker,” the “Hands to Myself” hitmaker explained. “When I sat down, I saw a photo of myself, and it looked completely orange. And here I am at this prestigious event – my first thought was – ‘I have to get out of here!’”

Speaking of high-profile photos, Selena recently revealed her thoughts on that viral snap she took with Hailey Baldwin last month, which appeared to prove there’s no bad blood between the ladies after Hailey married Selena’s ex Justin Bieber. The actress confirmed such was the case during her recent interview with Vulture. When praised for making a stand with Hailey about “moving on” in the snap, Selena replied, “Thank you. Yeah, it’s not a big deal. It’s not even a thing.”

Rumors of bad blood between Selena and Hailey have been going around since Selena broke up with Justin and Hailey went on to marry him in 2018. The flames were fanned a plenty because it was never clear when Selena and Justin officially broke up and Hailey and Justin began dating. However, Hailey insisted their love lines never crossed.

She explained that there were times that Justin and Selena “kind of [had] a back and forth,” but even in those cases, Hailey insisted that Justin and Selena were not “in a relationship” during that time. Rather, she said, they were “closing the door” on their “back and forth” relationship. “I can say, period, point blank — I was never with him when he was in a relationship with anybody. That’s the end of it. And I had been involved with him since I was 18.”

Selena Gomez’s New Album Will Cover Secret Romances, & Could Debut In 2023 With 24 Songs