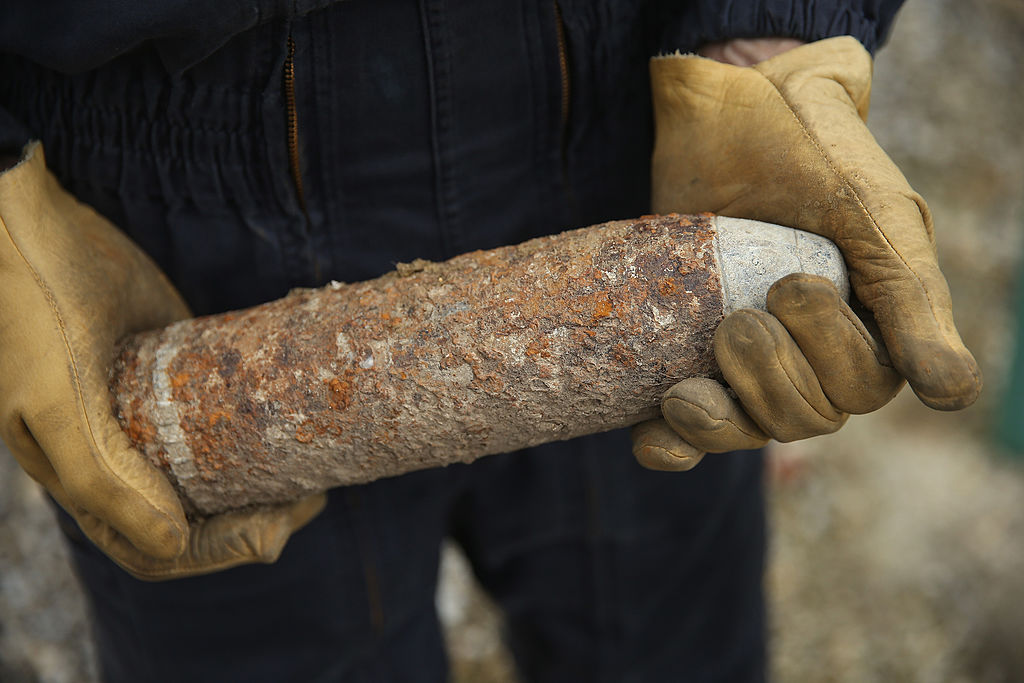 An elderly French man who had an antique World War I bomb lodged in his rectum prompted a bomb scare and evacuation of a hospital in Southern France, according to local reports.

On Saturday, the 88-year-old, who was not publicly named, visited Hospital Sainte Musse in Toulon to have the 8-inch long artillery shell removed from his body, sparking ensuing panic as hospital officials waited for bomb disposal personnel, according to French publication Var-Matin.

“An emergency occurred from 9 p.m. to 11:30 p.m. on Saturday evening that required the intervention of bomb disposal personnel, the evacuation of adult and pediatric emergencies as well as the diversion of incoming emergencies,” a hospital spokesperson stated.

The spokesperson went on to say that “we had to manage the risk in a reactive framework. When in doubt, we took all the precautions.”

Bomb disposal experts ultimately found that there was very little possibility that the shell would explode inside the man, telling hospital personnel that it was a collector’s item the outlet reports.

Doctors were left shell-shocked after an 88-year-old Frenchman arrived at hospital with a WWI bomb stuck in his rectum.

The unnamed senior citizen arrived at the Hospital Sainte Musse in Toulon, southern France, on Saturday in the hope of having the 8in artillery shell removed. pic.twitter.com/04DJMFqbG6

“They reassured us by telling us that it was a collector’s item from the First World War, used by the French military,” the hospital stated.

Only then did doctors begin removing the object, which measured 2 inches wide and 8 inches long.

Doctors believe the patient had inserted the shell up his rectum for sexual pleasure, which one physician adding “we are used to finding unusual objects… but (never) a shell!”

“An apple, a mango, or even a can of shaving foam, we are used to finding unusual objects inserted where they shouldn’t be,” one doctor told the outlet. “But a shell? Never!”

The man is now in “good health” and is expected to make a full recovery, according to the hospital.

A teen’s upset chess championship victory was marred by accusations of cheating, with the winner reportedly using a vibrating sex toy hidden in his rectum to help signal the correct moves against the world champion, according to rumors circulating online.

The victory caused a major stir in the chess world, not only for the teenage underdog beating a world champion grandmaster, but due to allegations of cheating after rumors began circulating on social media.

Harrison Ford: Calista Won’t Fly in Vintage Planes With Me After Accident #news