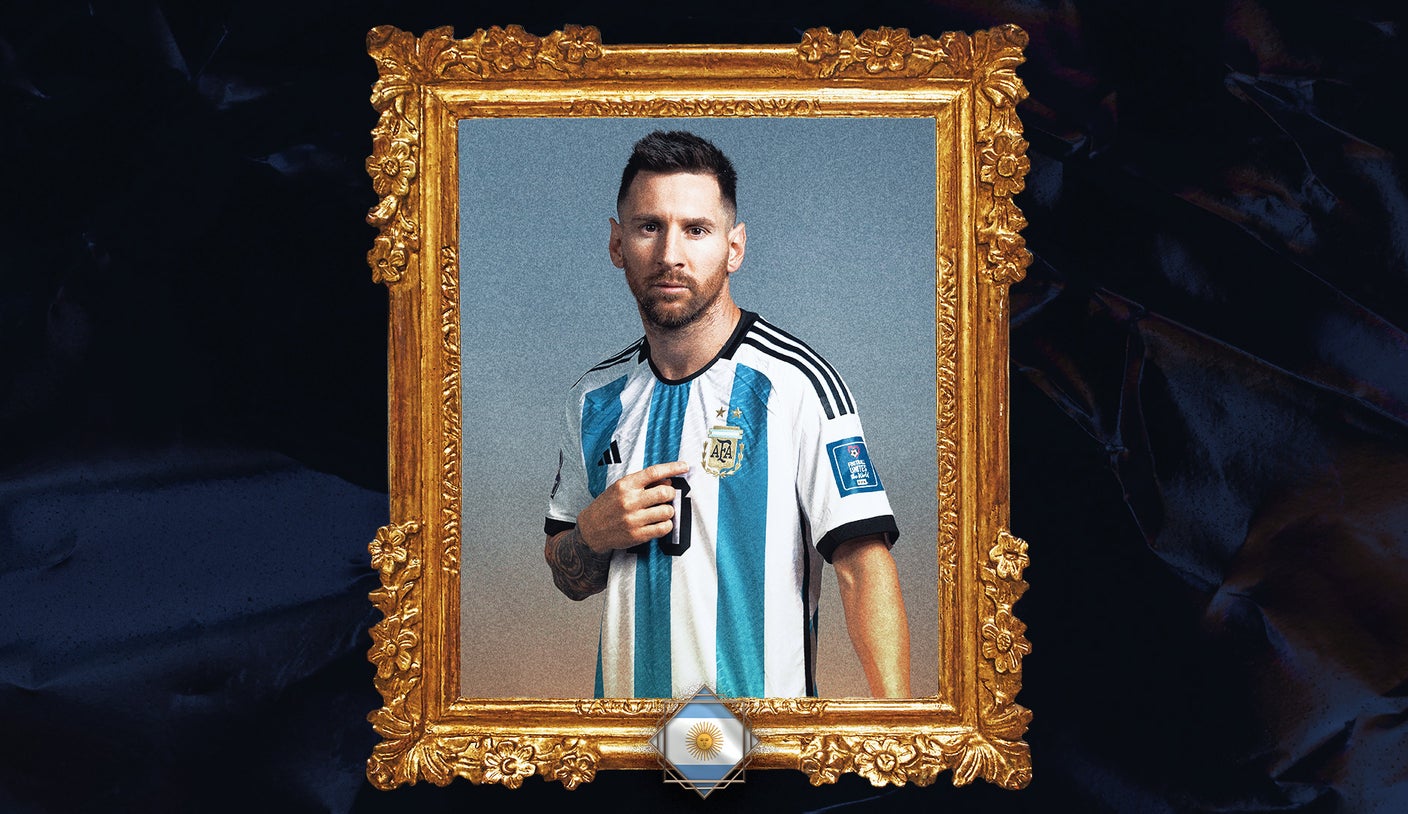 LUSAIL, Qatar — If Lionel Messi was ever going to win the World Cup, this is how it had to be. OK, maybe not this hard.

Twice it looked as though Messi and Argentina had the trophy won during Sunday’s thrilling, excruciating, thoroughly exhausting final against France.

Twice France came roaring back to tie it, the second time after Messi had scored his second goal of the match, one that just about everyone figured would stand up as the storybook game winner in extra time — but didn’t because Les Bleus superstar Kylian Mbappé completed his hat trick instead.

The 3-3 tie after extra time to be decided — how else? — in the cruelest way possible: penalty kicks.

All bets were off then. But an ice-cool Messi converted the Albiceleste’s first of four successful attempts from the spot and, when the tiebreaker was over, Argentina and its captain had emerged victorious from the greatest World Cup final ever played — an instant classic that cemented the 35-year-old’s legacy as the sport’s best-ever player.

Check out all of Messi’s magical moments from the 2022 World Cup.

All tournament long, Scaloni talked about how his team had to “suffer” to achieve its aim of winning Argentina’s first world title since the great Diego Maradona’s 1986 side accomplished the feat.

Nobody suffered more than Messi as World Cup after World Cup came and went with nothing to show for it. Long compared to Maradona, it was the one trophy Messi just couldn’t seem to win. The other time he reached the final, in Brazil eight years ago, Argentina was moments away from the shootout before Germany’s Mario Gotze scored at the death.

So, every Messi fan feared the worst when it was his giveaway they led to Mbappé’s sublime leveler with just nine minutes of normal time to play, the Frenchman’s second goal in less 97 seconds. Argentina could have folded then, or in the skills competition that followed. Not for the first time in Qatar, they didn’t.

“We had to remain optimistic,” Scaloni said. “We knew that if we played our game, we were going to create chances. And that’s what happened. We kept on going into the attack and then during the penalty shootout, same thing: We had to remain calm.”

Messi did more than his part to secure the win with two strikes in the first 120 minutes. Messi’s first goal Sunday made him the first man to score in a final, semifinal, quarterfinal and the round of 16 at a single World Cup. His extra time tally was the 13th of his career, moving him past Brazilian great Pelé and into fourth place on the tournament’s all-time goals list.

Sunday also marked Messi’s 26th match on the biggest stage, breaking a tie with Germany’s Lothar Matthäus for the most in men’s World Cup history. Then there was that crucial, tone-setting shootout opener from 12 yards.

He didn’t do it by himself, though, temping as it might be to suggest otherwise.

The difference with this Argentina squad and its predecessors is the supporting cast. Rather than be weighed down by helping Messi achieve immortality, they embraced the responsibility. It was no accident. Putting the right collection of players around this singular star was Scaloni’s intent from the moment he took over in 2018.

“We realized that the great players were there and that we could facilitate the things for Messi, to help him out,” said the coach, who had never led a senior team at any level before being promoted from Argentina’s under-20 national team four years ago. “We had to pick the players that would help Messi on the pitch and players that would also feel comfortable with him. That was the perfect combination.”

Every goal for Argentina

Check out goals from Lionel Messi, Enzo Fernández, Julián Álvarez and more in Argentina’s run to the World Cup title.

Julian Alvarez, Rodrigo De Paul, Ángel Di María and Alexis Mac Allister were immense in every game they played, but especially in the final, combining with Messi for a gorgeous team goal and doing all the other little things than never show up on the scoresheet.

Enzo Fernandez was named the best young player at Qatar 2022, while goalkeeper Emiliano Martinez, who took home the Golden Glove as the competition’s top backstop, saved one of France’s spot kicks after saving two in the quarterfinal victory over the Netherlands.

On Sunday, when extra time was over, Martinez promised his teammates he’d repeat the feat, and he did.

“We had so many players who were ready and willing to take the penalties,” Scaloni said. “That shows the trust that they have in each other.”

Messi has attained the one goal that had eluded him, so Alexi Lalas discusses how that impacts his legacy.

All of them helped make Messi’s dream — and their own — a reality.

So did Gonzalo Montiel, who committed the extra time foul that Mbappé buried. Montiel more than made up for that error by sending the World Cup winner past Hugo Lloris and becoming immortal himself.

Only then did the moment overcome him; Montiel burying his face in his shirt and collapsing in a puddle of tears. There were more Argentina players crying than French ones when it was over, with a single exception.

Messi had some watery eyes as he hugged his compatriots and his three young sons, sure. But in the moments immediately after reaching the crowning achievement of his career, as the “Mes-si, Mes-si” chants rang out inside Lusail Iconic Stadium, nobody was wearing a bigger smile.

Doug McIntyre is a soccer writer for FOX Sports. Before joining FOX Sports in 2021, he was a staff writer with ESPN and Yahoo Sports and he has covered United States men’s and women’s national teams at multiple FIFA World Cups. Follow him on Twitter @ByDougMcIntyre.

Get more from FIFA World Cup 2022 Follow your favorites to get information about games, news and more