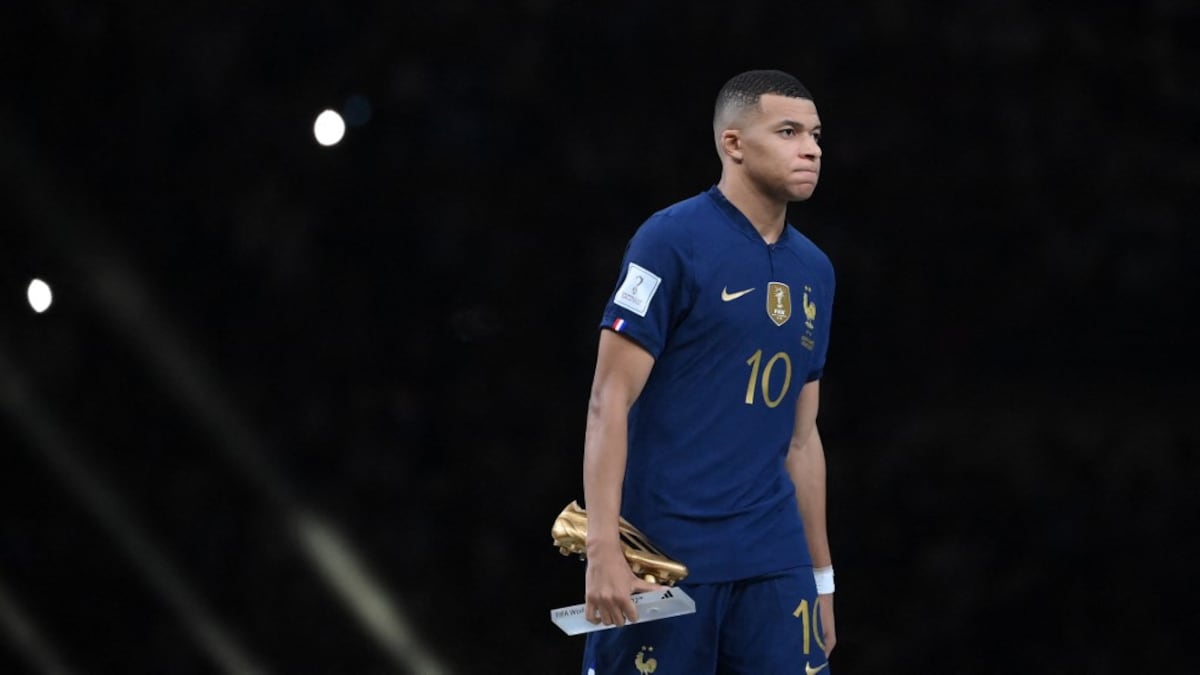 Kylian Mbappe is only the second player to find the target in successive World Cup finals.© AFP

France striker Kylian Mbappe won the World Cup Golden Boot award with eight goals after scoring a hat-trick in Sunday’s final defeat by Argentina on penalties following a 3-3 draw. Mbappe became just the second man to score three times in a World Cup final after England’s Geoff Hurst in 1966 and finished one goal ahead of Lionel Messi, named as the tournament’s best player.

Messi is the first player to score in the group stage and all four rounds in the knockout phase.

The 23-year-old has scored 12 World Cup goals in 14 matches and is level with Brazil legend Pele in sixth on the all-time list.

Mbappe is only the second player to find the target in successive World Cup finals after Vava, who scored in Brazil’s wins in 1958 and 1962.

The Paris Saint-Germain forward’s four goals in World Cup finals are also the most in history.