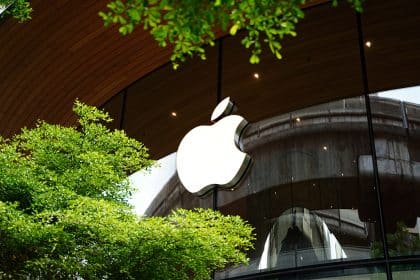 Despite the current relationship between Apple and crypto gaming, O’Donoghue is confident that the tech giant will eventually come around.

The former gaming director at Facebook, Owen O’Donoghue, is blaming Apple Inc (NASDAQ: AAPL) for the struggle crypto gaming faces in gaining traction. O’Donoghue served at Facebook’s gaming division for over 10 years and is about to roll out his crypto-based game. However, the former Facebook executive is facing some challenges and has Apple to blame.

According to O’Donoghue, Apple is pulling back the rise of crypto gaming through its App Store. He explained that the marketplace’s strict rules restrict the adoption of blockchain-enabled games. The ex-Facebook staff also mentioned the 30% fee Apple charges on all in-app transactions, saying it impedes crypto gaming’s adoption. In his words, “a lot of games out there today… would not comply with the App Store and they are unable to really scale.”

The blockchain enthusiast did not fail to note that the technology company has improved its policies to some extent. However, O’Donoghue said Apple still has a huge impact on the crypto gaming industry with its power over iOS users. This is because iOS users are restricted from accessing mobile games that include the use of digital assets, such as NFTs. Apple updated its rules in October, which prohibits apps from using NFTs that include “buttons, external links, or other calls to action that direct customers to purchasing mechanisms other than in-app purchase.”

As for O’Donoghue, crypto gaming is a major way of pulling people into the web3 world and would have exploded if Apple was not limited consumers. Many prominent names in the industry also believe that gaming has the capability to cause mainstream adoption of people into the web3 space, especially with the recent dip in the crypto market. For now, only Android users have access to crypto gaming, while Apple hinders iOS users. Meanwhile, segregation is impacting the mobile gaming market, which is estimated at $153 billion.

Despite the current relationship between Apple and crypto gaming, O’Donoghue is confident that the tech giant will eventually come around. If or when that happens, his new gaming ecosystem, InfiniGods will have room to flourish and be compliant. If Apple refuses to make changes, on the other hand, the former Facebook employee said the web3 gaming studio and games would continue to struggle.

Over time, many developers have dedicated their time, creativity, and funds to blockchain games. The Block Research revealed that almost $4 billion had been invested in web3 gaming studios and games in 2022. Yet, the industry can only boast of about 1 million users on a daily basis. In comparison, mobile game users were around 2.7 billion last year. This made O’Donoghue refer to the blockchain gaming market as “absolutely tiny.”

Ibukun is a crypto/finance writer interested in passing relevant information, using non-complex words to reach all kinds of audience.
Apart from writing, she likes to see movies, cook, and explore restaurants in the city of Lagos, where she resides.