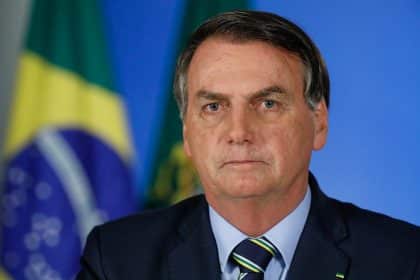 While the government did not state the regulatory body in charge, many expect the Brazilian Securities and Exchange Commission (CVM) will oversee all digital assets considered securities.

Brazil’s President Jair Bolsonaro has approved a crypto regulation bill, allowing the use of crypto assets for payment in the country.

According to the official government publication, the President signed the bill into law after its initial approval from the Chamber of Deputies. Following the approval, the bill will take effect in 180 days, giving all necessary actors enough time to adjust.

While the bill makes payments in cryptocurrencies legal, it does not name digital assets as legal tender like El Salvador. Consequently, banks may now offer crypto payment services so that citizens can buy and sell typical goods and services with cryptocurrency.

Before the approval, banks like the giant Santander started experimenting with crypto custodial services. Similarly, Itau had plans to develop an asset tokenization platform. However, the banks do not yet have a crypto payment-processing service.

Details of the Crypto Regulation Bill

As part of the new bill, digital asset firms like exchanges will obtain a virtual asset service provider license. The law also set a penalty of four to six years and a fine for any fraud that uses virtual assets.

In the wake of the FTX collapse, the crypto regulation bill mandates service providers to separate their funds from client funds. Recall that FTX used customer assets for its operations. Consequently, a bank run on FTX left the exchange without enough liquidity, resulting in bankruptcy.

One Step After the Other

It is also known that the incoming president Luiz Inácio Lula da Silva, favors cryptocurrency and blockchain adoption. In any case, more regulations mean the potential for cryptocurrency adoption in Brazil increases.

As Senator Sen. Iraja Abreu noted during the bill’s approval by the Senate economic committee that “with regulation, cryptocurrency will become even more popular.”

An experienced writer with practical experience in the fintech industry. When not writing, he spends his time reading, researching or teaching.

5 Tips for Getting a Remote Nursing Job