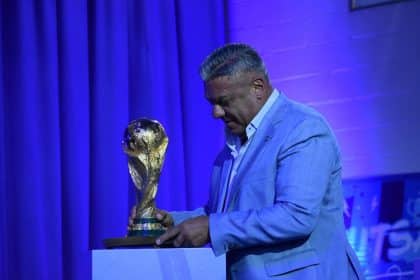 This partnership deal signals one of the AFA’s first forays into the world of Web3.0 as it looks to improve fan experience and engagement amongst other things.

The Argentine Football Association (AFA) is still reeling from its recent FIFA World Cup win, which took place less than a week ago. In the spirit of the moment, and to keep abreast of the latest trends, the football governing body AFA has announced a new partnership with metaverse startup Upland. This partnership deal signals one of the AFA’s first forays into the world of Web 3.0 as it looks to improve fan experience and engagement amongst other things.

AFA Explores the Potentials of Web 3.0 Technology and Metaverse

According to statements issued by AFA President Claudio Tapia, the body aims to take full advantage of Web 3.0. To him, this is what the Upland partnership is all about.

Upland is a popular game that involves buying and selling virtual lands. And interestingly, these virtual lands are linked to real-world locations. The game also has over 3 million registered gaming accounts to its name, while the startup backing it, has a valuation of $300 million as of November 2021.

Tapia further added that the new partnership will be opening up massive opportunities for all subjects under the AFA umbrella. Especially in terms of offering them an alternative means of generating income. He said:

“This agreement allows us to partner with the best creators of technology and new digital products and thus generate a new source of income for all participating clubs.”

The AFA fully controls the entire Argentine football league system. That includes its apex league — the Primera División, the Torneo Regional Federal, and even lower tier Primera D. It also organizes the nation’s domestic cups including Copa Argentina, Copa de la Liga Profesional, and the Trofeo de Campeones de la Liga Profesional. Additionally, all the national teams, including the Senior team, U-20, U-17, U-15, and Olympic teams, are under its jurisdiction.

Without a doubt, the AFA has a broad reach. And given the massive number of football lovers around the world,  the new partnership with Upland does not only set a precedence for other football associations in the Latin American region. It represents a major push for the global adoption of Web 3.0 technology.

Mayowa is a crypto enthusiast/writer whose conversational character is quite evident in his style of writing. He strongly believes in the potential of digital assets and takes every opportunity to reiterate this.
He’s a reader, a researcher, an astute speaker, and also a budding entrepreneur.
Away from crypto however, Mayowa’s fancied distractions include soccer or discussing world politics.